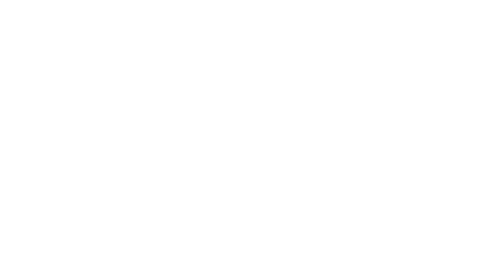 The purpose of the Hopewell Recreation Ministry is to assist the athletes in growing physically, mentally and spiritually through athletic competition.

1 Samuel 3
English Standard Version
The Lord Calls Samuel
3 Now the boy Samuel was ministering to the Lord in the presence of Eli. And the word of the Lord was rare in those days; there was no frequent vision.

2 At that time Eli, whose eyesight had begun to grow dim so that he could not see, was lying down in his own place. 3 The lamp of God had not yet gone out, and Samuel was lying down in the temple of the Lord, where the ark of God was.

6 And the Lord called again, “Samuel!” and Samuel arose and went to Eli and said, “Here I am, for you called me.” But he said, “I did not call, my son; lie down again.” 7 Now Samuel did not yet know the Lord, and the word of the Lord had not yet been revealed to him.

8 And the Lord called Samuel again the third time. And he arose and went to Eli and said, “Here I am, for you called me.” Then Eli perceived that the Lord was calling the boy. 9 Therefore Eli said to Samuel, “Go, lie down, and if he calls you, you shall say, ‘Speak, Lord, for your servant hears.’” So Samuel went and lay down in his place.

10 And the Lord came and stood, calling as at other times, “Samuel! Samuel!” And Samuel said, “Speak, for your servant hears.” 11 Then the Lord said to Samuel, “Behold, I am about to do a thing in Israel at which the two ears of everyone who hears it will tingle. 12 On that day I will fulfill against Eli all that I have spoken concerning his house, from beginning to end. 13 And I declare to him that I am about to punish his house forever, for the iniquity that he knew, because his sons were blaspheming God, and he did not restrain them. 14 Therefore I swear to the house of Eli that the iniquity of Eli's house shall not be atoned for by sacrifice or offering forever.”

15 Samuel lay until morning; then he opened the doors of the house of the Lord. And Samuel was afraid to tell the vision to Eli. 16 But Eli called Samuel and said, “Samuel, my son.” And he said, “Here I am.” 17 And Eli said, “What was it that he told you? Do not hide it from me. May God do so to you and more also if you hide anything from me of all that he told you.” 18 So Samuel told him everything and hid nothing from him. And he said, “It is the Lord. Let him do what seems good to him.”

19 And Samuel grew, and the Lord was with him and let none of his words fall to the ground. 20 And all Israel from Dan to Beersheba knew that Samuel was established as a prophet of the Lord. 21 And the Lord appeared again at Shiloh, for the Lord revealed himself to Samuel at Shiloh by the word of the Lord.

1 Samuel 4
English Standard Version
The Philistines Capture the Ark
4 And the word of Samuel came to all Israel.

5 As soon as the ark of the covenant of the Lord came into the camp, all Israel gave a mighty shout, so that the earth resounded. 6 And when the Philistines heard the noise of the shouting, they said, “What does this great shouting in the camp of the Hebrews mean?” And when they learned that the ark of the Lord had come to the camp, 7 the Philistines were afraid, for they said, “A god has come into the camp.” And they said, “Woe to us! For nothing like this has happened before. 8 Woe to us! Who can deliver us from the power of these mighty gods? These are the gods who struck the Egyptians with every sort of plague in the wilderness. 9 Take courage, and be men, O Philistines, lest you become slaves to the Hebrews as they have been to you; be men and fight.”

10 So the Philistines fought, and Israel was defeated, and they fled, every man to his home. And there was a very great slaughter, for thirty thousand foot soldiers of Israel fell. 11 And the ark of God was captured, and the two sons of Eli, Hophni and Phinehas, died.

The Death of Eli
12 A man of Benjamin ran from the battle line and came to Shiloh the same day, with his clothes torn and with dirt on his head. 13 When he arrived, Eli was sitting on his seat by the road watching, for his heart trembled for the ark of God. And when the man came into the city and told the news, all the city cried out. 14 When Eli heard the sound of the outcry, he said, “What is this uproar?” Then the man hurried and came and told Eli. 15 Now Eli was ninety-eight years old and his eyes were set so that he could not see. 16 And the man said to Eli, “I am he who has come from the battle; I fled from the battle today.” And he said, “How did it go, my son?” 17 He who brought the news answered and said, “Israel has fled before the Philistines, and there has also been a great defeat among the people. Your two sons also, Hophni and Phinehas, are dead, and the ark of God has been captured.” 18 As soon as he mentioned the ark of God, Eli fell over backward from his seat by the side of the gate, and his neck was broken and he died, for the man was old and heavy. He had judged Israel forty years.

19 Now his daughter-in-law, the wife of Phinehas, was pregnant, about to give birth. And when she heard the news that the ark of God was captured, and that her father-in-law and her husband were dead, she bowed and gave birth, for her pains came upon her. 20 And about the time of her death the women attending her said to her, “Do not be afraid, for you have borne a son.” But she did not answer or pay attention. 21 And she named the child Ichabod, saying, “The glory has departed from Israel!” because the ark of God had been captured and because of her father-in-law and her husband. 22 And she said, “The glory has departed from Israel, for the ark of God has been captured.”

Psalm 16
English Standard Version
You Will Not Abandon My Soul
A Miktam of David.
16 Preserve me, O God, for in you I take refuge.
2 I say to the Lord, “You are my Lord;
I have no good apart from you.”

3 As for the saints in the land, they are the excellent ones,
in whom is all my delight.

4 The sorrows of those who run after another god shall multiply;
their drink offerings of blood I will not pour out
or take their names on my lips.

5 The Lord is my chosen portion and my cup;
you hold my lot.
6 The lines have fallen for me in pleasant places;
indeed, I have a beautiful inheritance.

7 I bless the Lord who gives me counsel;
in the night also my heart instructs me.
8 I have set the Lord always before me;
because he is at my right hand, I shall not be shaken.

9 Therefore my heart is glad, and my whole being rejoices;
my flesh also dwells secure.
10 For you will not abandon my soul to Sheol,
or let your holy one see corruption.

11 You make known to me the path of life;
in your presence there is fullness of joy;
at your right hand are pleasures forevermore.

Acts 12
English Standard Version
James Killed and Peter Imprisoned
12 About that time Herod the king laid violent hands on some who belonged to the church. 2 He killed James the brother of John with the sword, 3 and when he saw that it pleased the Jews, he proceeded to arrest Peter also. This was during the days of Unleavened Bread. 4 And when he had seized him, he put him in prison, delivering him over to four squads of soldiers to guard him, intending after the Passover to bring him out to the people. 5 So Peter was kept in prison, but earnest prayer for him was made to God by the church.

Peter Is Rescued
6 Now when Herod was about to bring him out, on that very night, Peter was sleeping between two soldiers, bound with two chains, and sentries before the door were guarding the prison. 7 And behold, an angel of the Lord stood next to him, and a light shone in the cell. He struck Peter on the side and woke him, saying, “Get up quickly.” And the chains fell off his hands. 8 And the angel said to him, “Dress yourself and put on your sandals.” And he did so. And he said to him, “Wrap your cloak around you and follow me.” 9 And he went out and followed him. He did not know that what was being done by the angel was real, but thought he was seeing a vision. 10 When they had passed the first and the second guard, they came to the iron gate leading into the city. It opened for them of its own accord, and they went out and went along one street, and immediately the angel left him. 11 When Peter came to himself, he said, “Now I am sure that the Lord has sent his angel and rescued me from the hand of Herod and from all that the Jewish people were expecting.”

12 When he realized this, he went to the house of Mary, the mother of John whose other name was Mark, where many were gathered together and were praying. 13 And when he knocked at the door of the gateway, a servant girl named Rhoda came to answer. 14 Recognizing Peter's voice, in her joy she did not open the gate but ran in and reported that Peter was standing at the gate. 15 They said to her, “You are out of your mind.” But she kept insisting that it was so, and they kept saying, “It is his angel!” 16 But Peter continued knocking, and when they opened, they saw him and were amazed. 17 But motioning to them with his hand to be silent, he described to them how the Lord had brought him out of the prison. And he said, “Tell these things to James and to the brothers.” Then he departed and went to another place.

18 Now when day came, there was no little disturbance among the soldiers over what had become of Peter. 19 And after Herod searched for him and did not find him, he examined the sentries and ordered that they should be put to death. Then he went down from Judea to Caesarea and spent time there.

The Death of Herod
20 Now Herod was angry with the people of Tyre and Sidon, and they came to him with one accord, and having persuaded Blastus, the king's chamberlain, they asked for peace, because their country depended on the king's country for food. 21 On an appointed day Herod put on his royal robes, took his seat upon the throne, and delivered an oration to them. 22 And the people were shouting, “The voice of a god, and not of a man!” 23 Immediately an angel of the Lord struck him down, because he did not give God the glory, and he was eaten by worms and breathed his last.

24 But the word of God increased and multiplied.

25 And Barnabas and Saul returned from Jerusalem when they had completed their service, bringing with them John, whose other name was Mark.